Moderating comments in our bug tracker is the unpleasant part of my job. We have a code of conduct that backs up the decisions I make, and a system for people to alert us to comments that may violate our CoC.

Today I responded to an alert about such a comment. During a release week for Firefox, one will see bugs filed from people who disagree with a product or design choice. Most are kind, some are not.

This bug report was not kind.

It described the feature they did not like as:

This function that every homosexual needs very much MUST HAVE a way to disable it.

It’s a peculiar phrasing, implying that “only a homosexual” would need such a feature. It’s also a techie way of saying that being gay is “defective.”

It’s a terrible thing to see who I am -a queer, trans, non-binary woman- described as a defect.

The comment was marked as reviewed, classified as a violation of our rules, removed from display, and the bug itself closed as INVALID.

And to the person who opened that bug, implying that queer is broken, my answer to you has been tattooed on my shoulder for several years: 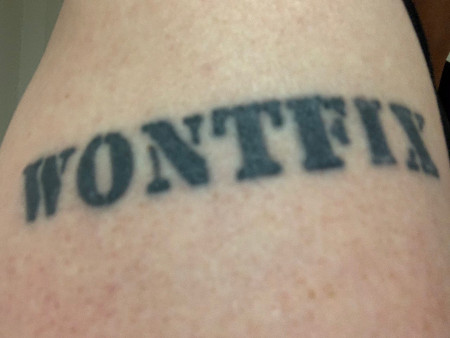