Markdown, one of the two feral rescue cats Cynthia and I adopted last Summer, has many names.

Their full name is Markdown Prescott. They are short limbed, sturdy, and stalwart, so I often call them Samwise. They are also sleek, mostly grey, and a little plump, so they are also called Otter Pop.

To our vet’s office, they are Markdown Gonsalves because the vet’s office software keeps the pet’s name as PET NAME, ACCOUNT HOLDER LAST NAME and the cats are registered under Cynthia’s name.

Even a cat cannot escape legibility. 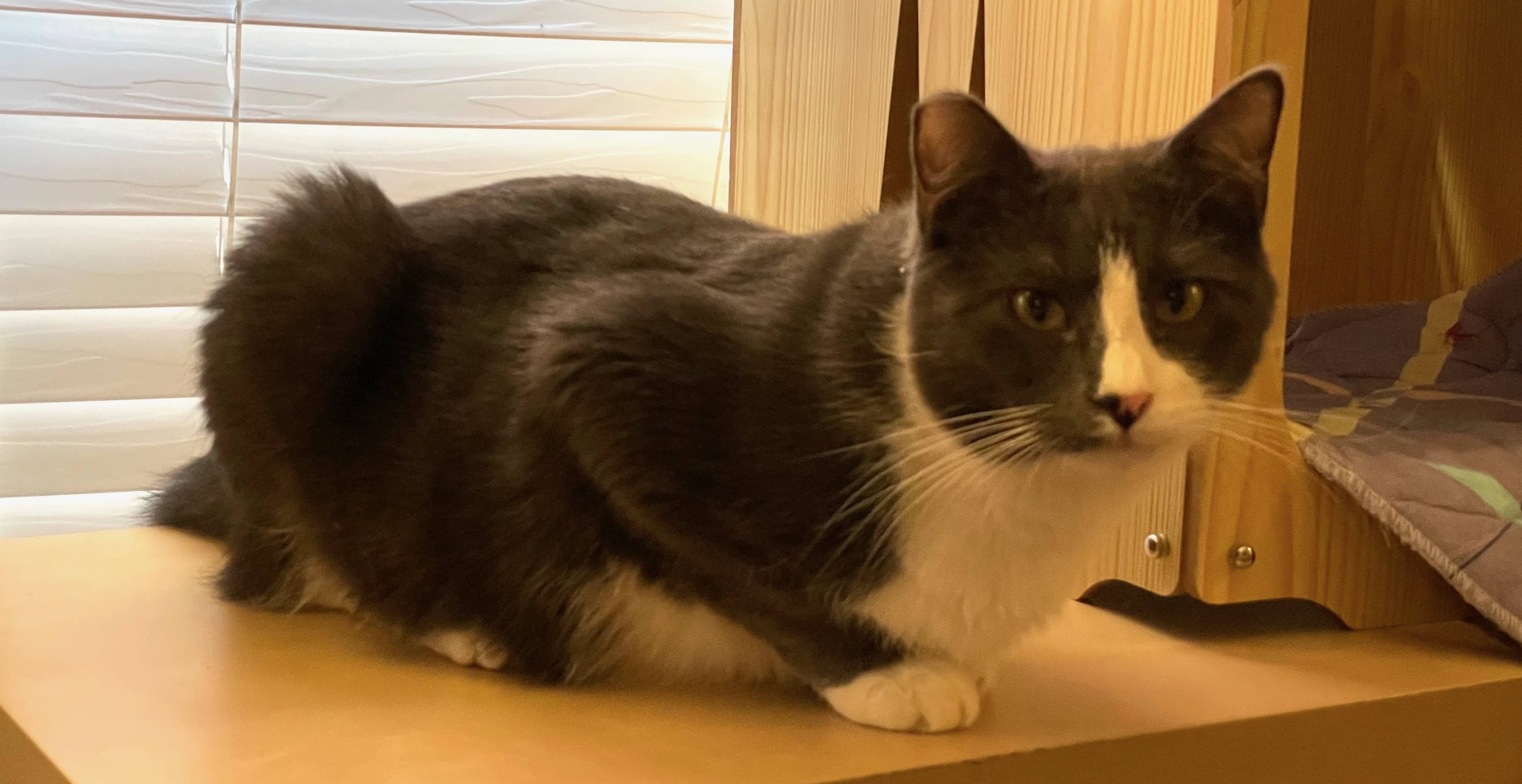 The gender of the day is “Fight me, you coward!”

“Imagining the future where non-binary people get to choose ‘Opponent’ from a drop-down menu of official titles when buying a plane ticket.” – Avery Alder

There was a moment in last week’s Star Trek: Discovery where one of the bridge crew, Keyla Detmer volunteers to pilot a shuttle craft on what would most likely be a one-way trip. The camera switches to Joann Owosekun, another bridge officer and the expression on her face (and I’m trying to find a gif of it) made Cynthia and I gasp.

Owosekun and Detmer’s characters are friends on the show. Fandom has seized on them as a ‘ship, as fandom does.

Owosekun’s reaction, her fear made plain on her face, visible a moment before cutting back to Detmer, felt like an acknowledgement.

There are canon queer relationships and families on the current Star Trek shows, including trans and non-binary actors in non-binary and transgender roles.

But that scene was a recognition that even when it wasn’t canon, Trek was queer.