Having a 3D printer means everything’s now an occasion to print something.

I was looking at the printables.com homepage, found a goofy jack-o-lantern grinning back at me, downloaded the .stl files and printed up a small batch of them.

I also keep a bag of color-changing LEDs. They run at 3v so you don’t need a resistor if you run them off a CR2032 battery or the appropriate pin of a microcontroller. I bring the bag of them with me if there’s going to be a night launch so I can light up a low-powered model rocket with them.

The pumpkins and LEDs would make a good paring.

To test this, I taped an LED to a coin battery, balanced it in the bottom of one of the pumpkins, and liked the result. But it would be nicer to have a switch for the LED. I ordered a pack of CR2032 holders with switches. 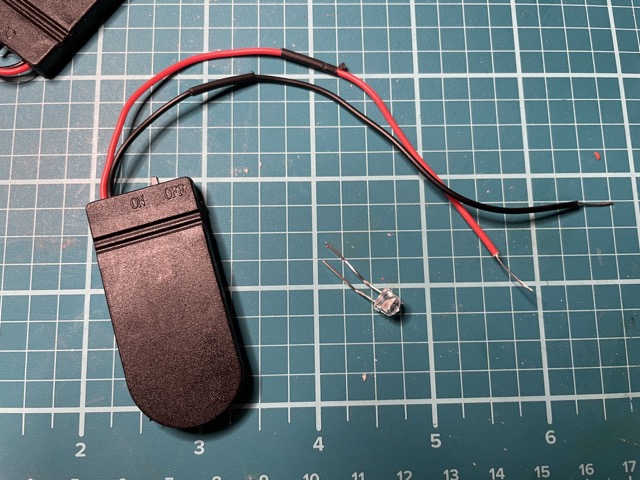 Then I stacked the pumpkins, and a little Moon lamp in the street-facing window on top of my wire spool box. 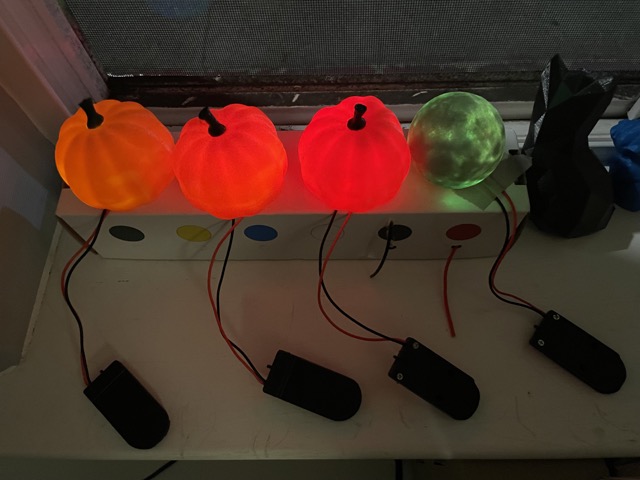 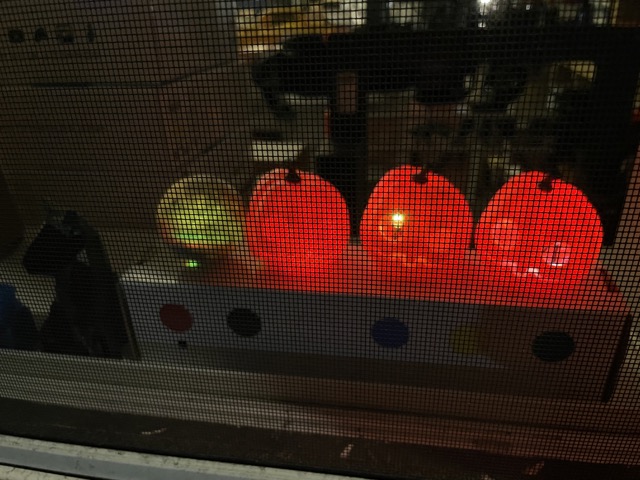 I’m printing a bigger Pumpkin in which I’ll put a Circuit Playground programmed to run its ring of LEDs in a color-changing chase pattern, and find a place for it.

At some point I’ll drive the small pumpkins from one microcontroller so I’m not burning through batteries.

Happy Spooky Season, stock up on PLA before the rush. 🎃